March started off like a lion, and went out like a lamb. My training at the beginning of the month was bonkers, as I hit out for 184 in the first two weeks of the month.

But then a little thing called spring break happened. I had high hopes to run 2 hours a day, and nail down two solid weeks of training. Like all good plans, that one took a dump, and I ended up drinking more beer than the first two months combined, running in Kelowna with little motivation, raced and rested instead.

On a side note, I attended a talk at the New Balance North Delta store. The speaker was this guy: 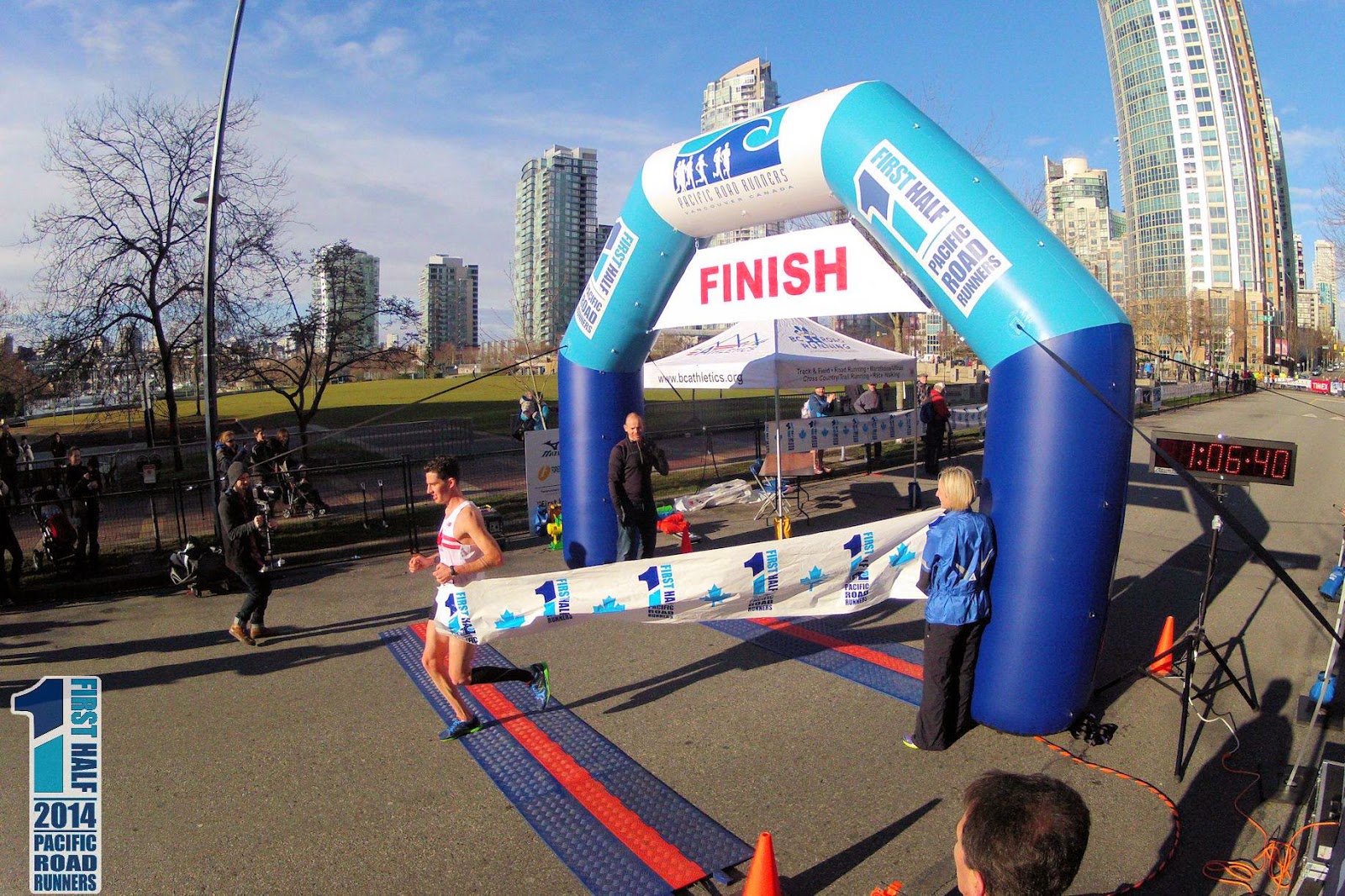 Yep, Rob Watson showed up to talk about his Boston Marathon experience from 2013. He finished the race in 2:15, running 11th across the line. But even better is the face that he lead the race through 16 miles. He was pretty open to any questions: nutrition both on the run and for race prep, training miles and hours, sleep patterns, telling stories about nearly crapping himself in that Arizona Rock N Roll Half (Sorry for asking about that one man!). A pretty informative night with a pretty amazing runner.

Listening to him speak about Boston, I have pretty much made up my mind that I will be going,  confirmed my appearance for next year at the big show. I don't know how many more chances I might have in life to qualify, and it is something I would like to be a part of.

March finished up with a week in Kelowna running on Knox Mountain, and a Dirty Feet Race in Kamloops. Some pretty good times were had trail running in late March.

Way back in February:

February was a month of fast, tired running, fewer kilometers, and a bunch of races--the focal point being the First Half Half Marathon and a sub 1:20 finish. That did not happen due to a bit of illness, lack of recovery and all around not treating myself the best in preparation for the half marathon.

I did manage to run a solid Aldergrove Mud Run 8k for second place, just off of Ryan Hayden's win, and close out the month hurting at the Fort to Fort 8k, running slower than at the beginning of the month. I take all this in stride, and in the past two weeks, I have taken some downtime off of running hard, and hit it back up again with a solid 5 days at the beginning of March.

The next few weeks I see as being crucial for more volume and to get my speeds up during my distance runs. With 4 weeks before the Vancouver Marathon, cranking up in the next two to build on the last 3 will help with the strength I need to reach my goals.

April is already in full swing, the sun is out longer, and I just want to get out on the trails any chance I get!